Another Saturday, another night of live music, another road trip..albeit a short one. 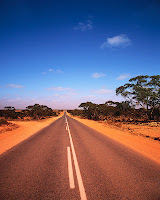 Tonight we take a drive from the weekend house in eastern PA and cross the Delaware into New York. Upstate NY that is. Seeing a show at a venue we haven't been to before...Bethel Woods. Home of Woodstock...the real one in 1969.  The show: Ringo Starr's All Starr Band.

Now as much as The Beatles were my first musical influence, I have never seen a Beatle live. Who would have thought that Ringo would be my first. Over the years, I have heard how every incarnation of his All-Starr  Band is so much fun. Tonight I find out for myself...looking forward to it.

This show was a last minute decision, fueled a lot by the tweets of one of the All-Starr Band...Steve Lukather.  Steve is a great guitarist, known primarily as the lead guitarist of Toto.  Steve is also a great tweeter, very personable...very human. His tweets over the past two weeks have covered his anticipation of playing with the rest of the band, and as the days progressed, his excitement in the progress of rehearsal.

Since it doesn't take much to get me pumped to hear new music, those tweets were enough for me. Also the prices at this venue were so much more reasonable than in the NY metro area. So, in a few hours a party of three will jump in the Sabaru for about an hour's drive.

Time for a little traveling music.

Won't be long before we hit the road...the review of the show tomorrow on the music blog.