9/11 The Tears Remain the Same

It's thirteen years now. This day has not gotten any easier. It starts with dread, moves to sadness, takes a walk with anger, and ends with exhaustion. It's not only that I can remember everything about that day, I can still feel it.

I can still look out my window and see where the smoke hung over the city like a bird of prey descending upon it. I can still walk to the top of the hill where as I drove to a doctor's appointment that morning, there was one tower standing. When I returned, there were none.

This day still hurts like hell. For the souls lost, for our innocence that was lost at 8:46 on a beautiful Tuesday morning.

The following is a repost of what I wrote two years ago. Never Forget, yes. But Always Remember as well. Remember the firemen, police, and every one of those souls whose names will be read today.


September 11, 2012
Eleven years ago today, nearly 3000 people woke up and went about their morning. They would not go to sleep that night. 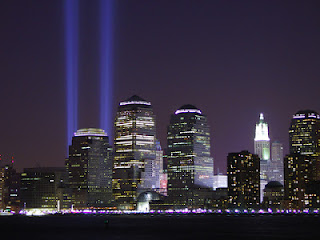 They say time heals all wounds...but maybe it doesn't. Ask most people in the NYC area about September 11, 2001 and you will still see eyes well up with tears as they try to explain what being in, or around the city was like for them in the first few months after.

I watched on TV as the second plane hit. I had a doctor's appointment at 10:15 that morning, not long after the first tower fell. As I drove up the hill in town, I knew I would see the skyline of Manhattan. What I saw was more smoke than I had ever seen in my life. And where there were two towers, there now was one. But not for long.

We all know what happened in the next few days, but unless you were here...you couldn't feel the desperation, you couldn't smell the towers burn, you couldn't taste the fear. The fear of what had happened, what could happen and what we didn't know about what happened. And I was 10 miles outside of the city. For friends and family in the city, it was almost unbearable. Very few people who lived in New Jersey made it home that night...everything was closed down. Everyone who worked in the city walked with friends and co-workers over the East River to Brooklyn or Queens to find a bed wherever they could. Thousands and thousands walking in silence, some still covered in ash...walking to a place called normal.

That place no longer existed.

On the six month anniversary of the attack, two banks of lights were set up near the site of the World Trade Center. From dusk to dawn, they sent beams of light from the ground into the night sky. The blue lights gave an eerie, ghost-like appearance of the fallen towers.

I was in the city that night. As I left Manhattan and came out on the Jersey side, I was able to see the Tribute in Lights. To me it looked like it was a pathway for all the souls lost on that day, to find their way to heaven.

I still try to see it every year and I still feel the same way. It takes your breath away.

This is the song I chose. Grace Potter and the Nocturnals "Stars"

Please read the lyrics as you listen to the song and remember...

"I lit a fire with the love you left behind,
And it burned wild and crept up the mountainside.
I followed your ashes into outer space
I can't look out the window,
I can't look at this place,

All those times we looked up at the sky,
Looking out so far,
We felt like we could fly.
And now I'm all alone in the dark of night,
The moon is shining,
But I can't see the light,
And I can't look at the

Stars,
They make me wonder where you are
Stars,
Up on heaven's boulevard
And if I know you at all,
I know you've gone too far
So I, I can't look at the stars

Stars,
Stars,
They make me wonder where you are
Stars,
Up on heaven's boulevard
And if I know you at all,
I know you've gone too far
So I can't look at the stars."

Jimi Jamison, When the Spotlight Fades to Blue 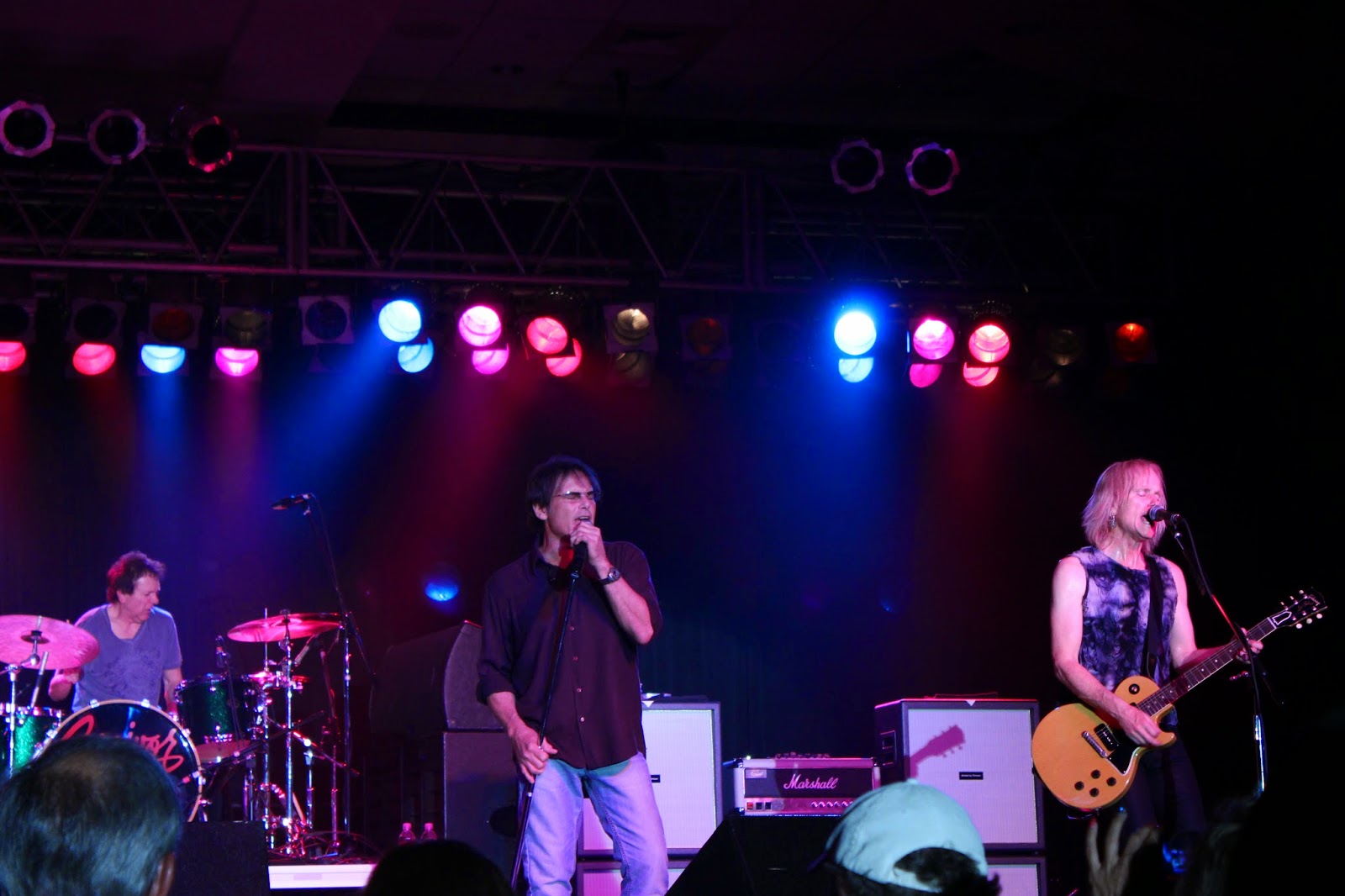 I can't even believe I am writing this tonight. It just doesn't seem possible that the news is real. But it is.

Jimi Jamison has died, and I need to write a few words about him.

Though I have a vague recollection of him as the lead singer of Cobra, really it was Survivor where most of us became aware of the voice and the entertainer that he was. I saw him for the first time in '87, actually a couple of times that year, then again in '91 and for me he was the epitome of a front man. He sang great, he looked great, he owned the stage.

I first met him in 2012 and shortly after I began asking him to do an interview. After a few months he agreed. Well, agreeing to and actually doing it were two different things, and it became a running joke between us of  exactly when the interview would take place. I'd email him, he'd promise we would do it. I'd see him at shows, he'd swear it would happen. When I saw him at a small show in March of this year, I felt something was different and this time it would happen.

I told people, even Frankie Sullivan when I was interviewing him, that I always kept the questions for Jimi's interview with me because I knew one day he would just call out of the blue and say let's do it. And that's pretty much what happened. It took two years but true to his word, he did the interview. He told me he waited so long because he wanted our interview to be special. Yeah, we both laughed at that one.

I don't pretend to have known him well, but over the course of a dance that lasted for two years, you learn things about each other, and you learn to trust. I'd like to think that's why he waited so long. 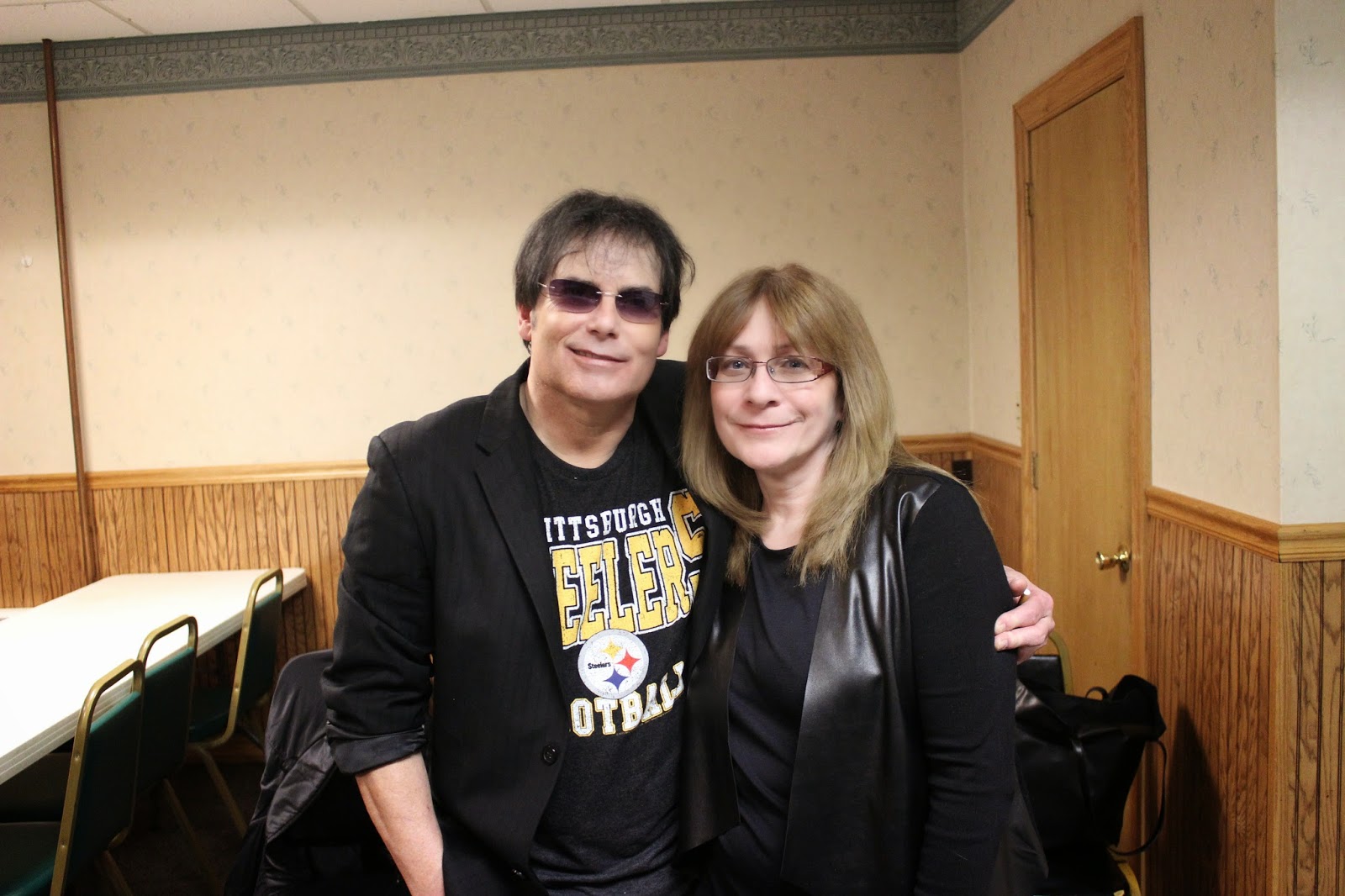 He was a good man and I will miss him.

The interview we did took place in May and if you'd like to see a little different side of him, click on the link below for the post in onstagemagazine.

"Catching Up with Jimi Jamison"