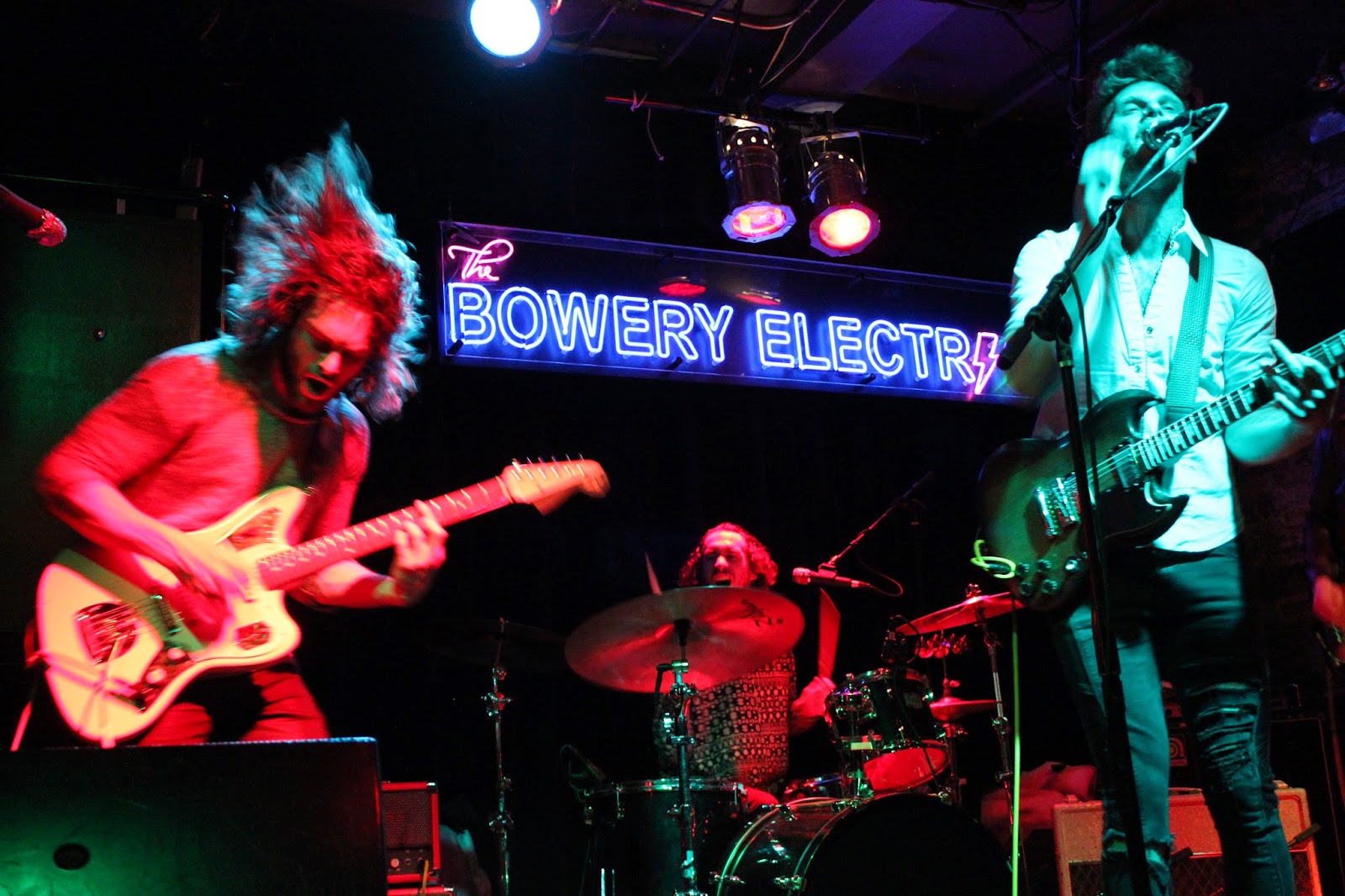 Over the past two months, the buzz surrounding New Jersey’s Deal Casino has grown into a low roar. In December, they won several honors at the Asbury Park Music Awards including: Top Pop/Rock Band, Top Live Performance, and Top Male Vocalist. Then last week, NJ.com named them one of 35 New Jersey Bands You Need to Hear in 2015. After spending the past year playing the Jersey shore/Philly circuit, Deal Casino made their New York City debut on a cold, winter night downtown at the Bowery Electric.

Opening the set with “Tomorrow,” a cut off their second EP, The Runaways, it is easy to see why Deal Casino has been working non-stop; the band is fierce. Not only do they rock it out, they do it with attitude and fearlessness. This night, much of the set list focused on their last two EPs, especially the newly released Heck. Listening to their progression from their first EP Cocaine Love, through The Runaways and now Heck, the songs and the band itself are constantly evolving. While love found and lost remains a pulsating theme, the stories told have become more complex and interesting.

For the full review, jump over to Deal Casino @ Bowery Electric NYC at OnStage Magazine.