Got It Covered: Everywhere I Go 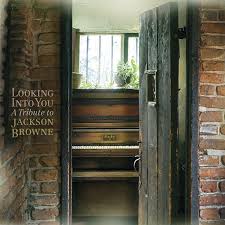 It's been a while since I posted an installment of Got It Covered, hope you enjoy this one.

In 1993, Jackson Browne released his tenth studio album titled I'm Alive. On it, Browne returned to the familiar territory of love lost, while easing away from the political flavor that marked Lives in the Balance and World in Motion, his previous two albums.

While I'm Alive didn't break any sales records, it did become certified gold, and more importantly, it gave back to his fans the music they wanted to hear. The song "Everywhere I Go," features Browne's initial foray into a reggae beat, with Scott Thurston on backing vocals.

A little over a year ago, Music Load Records released a Jackson Browne tribute album called Looking Into You: A Tribute to Jackson Browne. It's a two-disc set and it's highly recommended. It would seem all of Jackson's friends lined up for a chance to be included: Keb Mo doing "Rock Me On The Water," Lyle Lovett singing "Rosie," Joan Obsourne with "Late For The Sky," "Lucinda Williams on 'The Pretender," and Don Henley with "These Days." Yeah, it's real nice.

My favorite of the collection is the cover of "Everywhere I Go," sung by Bonnie Raitt and David Lindley. It's a light, airy version and of course, there's Bonnie's voice.

For a little peek into the recording of it, check out this video. 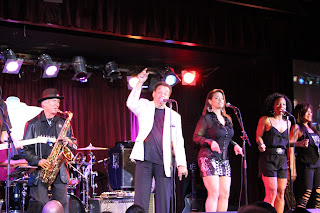 The night was billed as Gary U.S. Bonds with Special Guests, and it was a celebration of Gary’s 76th birthday. This was his seventh B.B. King’s birthday party and it didn't matter who the guests would be, this crowd was there to have fun.

Fun was to be an understatement.

As the band played him onstage to the opening notes of Springsteen’s “Action In The Streets,” Gary, obviously enjoying the moment, had a twinkle in his eyes and a huge smile on his face. That smile did not leave his face all night. And why would it? Bonds still commands the stage, has a natural ease about him as a man who feels right at home in his own skin, a sense of humor, and on this night, was surrounded by beautiful and talented women. On this night, with the exception of two local guitar rockers, Gary’s special guests were all of the female type, and he clearly appreciated every minute of it.

He spent a few minutes talking about some of his dear friends who couldn’t make it to the show:  Ben. E. King, who passed away in April; Springsteen, who apparently was in Europe watching his daughter participate in her equestrian events, and Southside Johnny, for whom he thanked God that he wasn’t there, before getting the crowd going with his rendition of “New Orleans.” It was then time to bring up the first musical guest, singer-songwriter Christine Martucci, who offered a couple of her own soulful tunes before joining up with Gary on another Springsteen treasure “Rendezvous”

For the rest of the recap of the show, please go over to Gary U.S. Bonds Birthday Bash at B.B. Kings NYC at OnStageMagazine.com 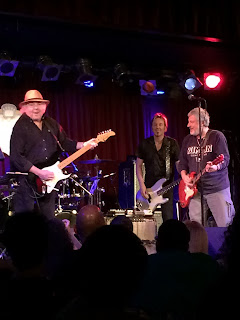 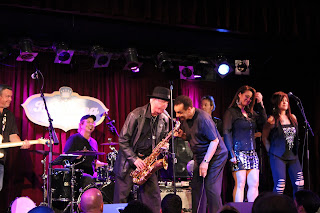 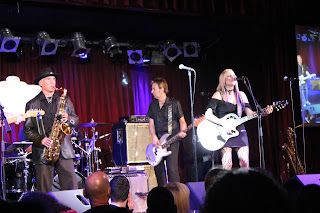 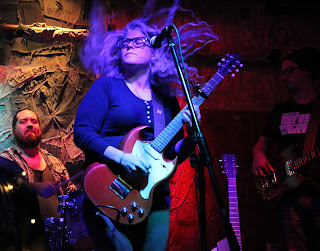 While the voice of Amber Farris started off the night somewhat smooth and reserved, carefully waiting for Wade Cofer to get his bass pounding, soon enough Somebody's Darling was ready to bring on the heat. Opening the show with "Bad Bad," from their 2014 release Adult Roommates, Somebody's Darling brought to New York City that Southern blues-rock which the state of Texas has been happily endorsing for several years. 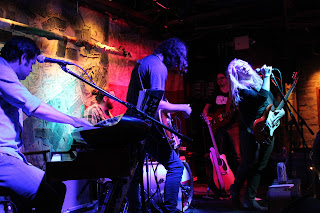 Originally from Dallas, the band has now relocated to Nashville to take in the musical influences, write some new songs, and record a new album. It appears the Lone Star State's loss is a benefit for other areas of the country, as the move allows the band a road more easily traveled. Their current tour has taken them into the Northeast, for the first time since they appeared at the CMJ Music Marathon in October, before taking the southern route back to Nashville, Texas, and points... many points west. This night the vibe of Somebody's Darling fit right in with the Texas BBQ being served at Hill Country in NYC. 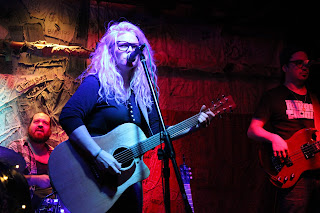 For the rest of the review and more photos, please jump over to Somebody's Darling @ Hill Country NYC