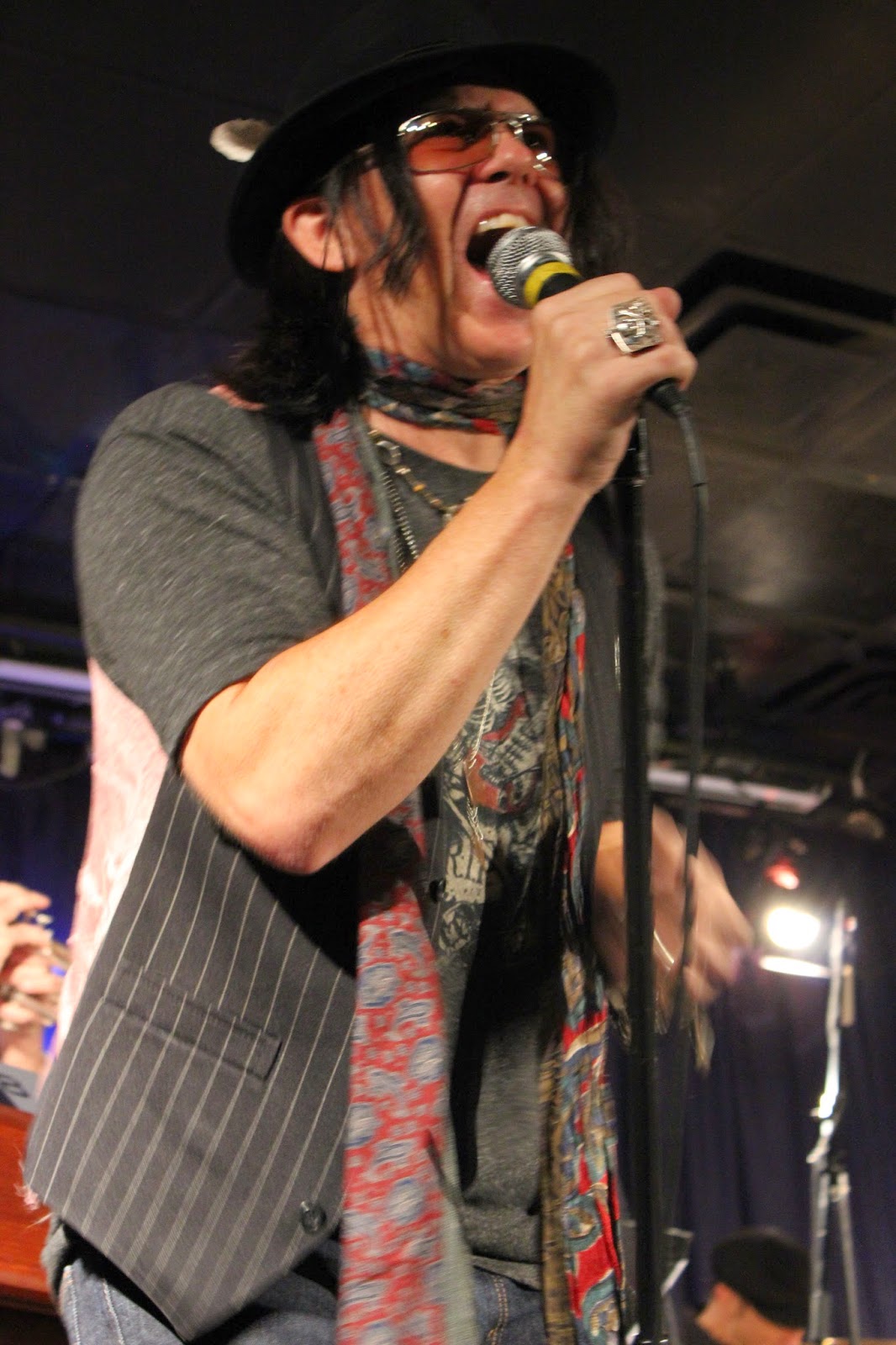 Sometimes, even if you don’t realize it, your soul needs to be refreshed. Music can do that if it’s powerful enough. The music of Mike Farris is that powerful.

Starting out as a rock singer, the party life took control until nearly losing his own from a drug overdose before he turned twenty-one. While it’s not uncommon to hit rock bottom and find salvation, Mike Farris also found his voice, moving from the rock arena, first into blues and now even more comfortably into gospel. But don’t expect a revival meeting, what you get is more of a spiritual journey, along with some damn fine music.

To read the entire review, jump over to "Mike Farris @ The Iridium NYC"  - OnStage Magazine. 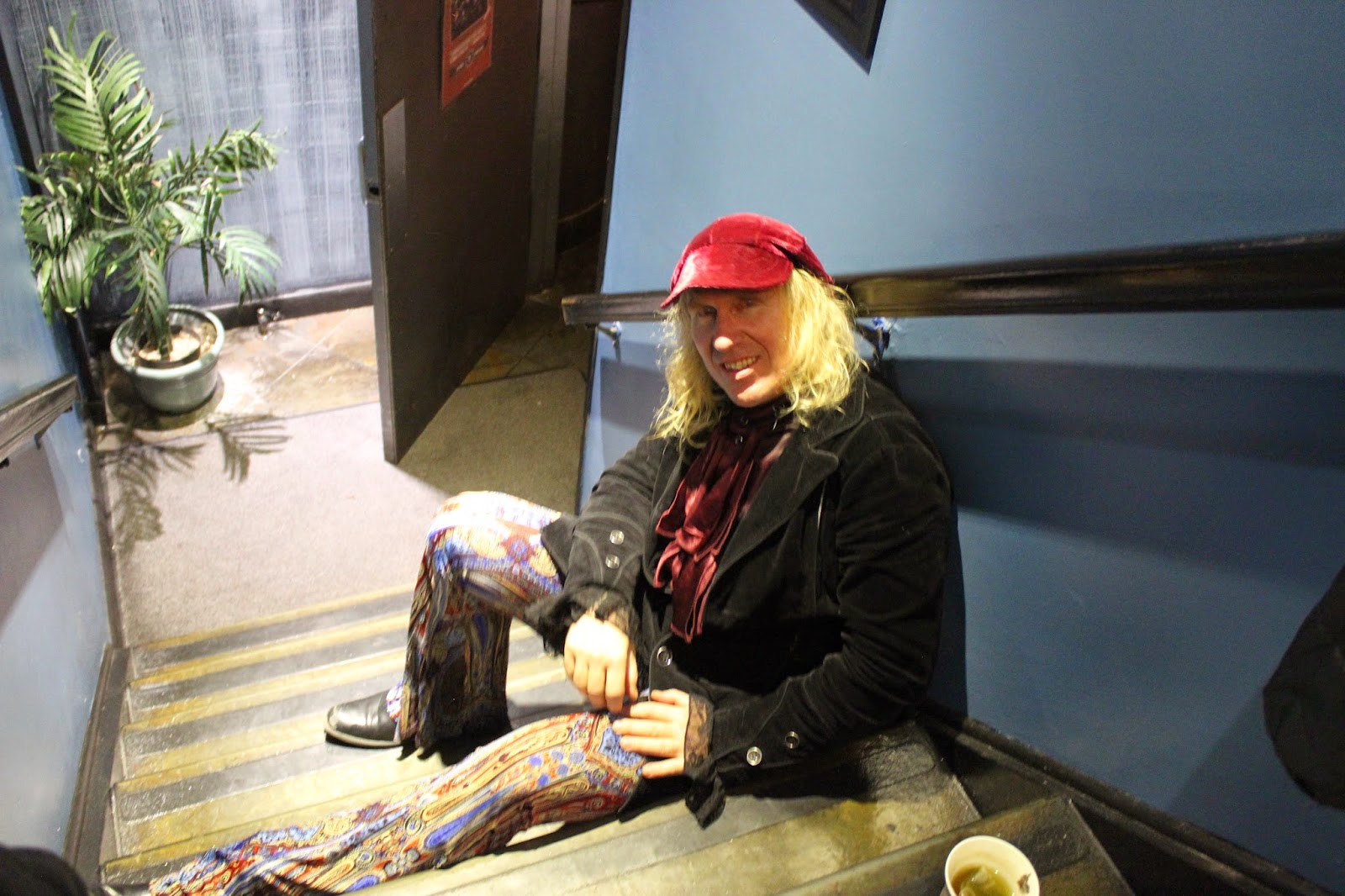 There is no question Paul Brown loves what he does. With blonde hair whirling around his head and a smile emanating from deep within, Paul Brown lets his soul bleed through the keys of his Hammond B3 organ. The result is the most delicious side dish you might ever taste. Watching him play reminds you why that instrument has been included in so much rich musical history since its creation in 1935.

Paul's personal history is nearly as rich. The incredible positive attitude he radiates is in stark contrast with the story of his life. While living in Memphis, at the age of twelve, he and his brothers became wards of the state following the death of their mother. They were sent to live at the Tennessee Preparatory School in Nashville, where the only thing to give Paul hope was an old upright piano. That hope was later destroyed when those in charge took away his privilege to practice music. He soon ran away, eventually finding his way back to Memphis and work on the riverboats. While working as a deckhand, he continued his musical progression, adding R&B, funk, and soul to his rock background.

A chance phone call led to playing keyboards in Ann Peebles ("I Can't Stand The Rain") band and a friendship which endures to this day. Brown has played behind artists of every genre. At the 56th Annual Grammy Awards, Down in Louisiana by Bobby Rush was nominated as Blues Album of the Year and Paul Brown as Producer along with it. After working in the studio alongside The Waterboys, he was invited to tour with them in Europe this past year, and will join them for another tour early next year. He has also been having way too much fun working with Nashville-based gospel-blues singer Mike Farris.

I recently caught up with Paul Brown between Mike Farris shows at The Iridium in New York City, and in a casual stairway talk, I learned about the interesting life of Paul Brown.

Kath Galasso: You and I have something in common, that being the love for the Hammond. Sadly, only one of us can play it. You’ve developed a unique partnership with it. What is it about the Hammond that connects to your soul?

Paul Brown: It’s the colors and the expression. When you get a great singer and you’re playing it, there’s nothing like being able to add those more subtle colors to it. Small things, because it can inspire them, just like their voices inspire me to play in certain ways.  I think that I learned that early on. When I started playing with Ann Peebles, that was really when I connected with the Hammond. She was on Hi Records and all the stuff she did had tons of B3 on it, so I really started figuring it out quick. And it’s funny cause I’m not a jazz guy, like the Jimmy Smith guys, I’ve just got a different vibe. I’m just coming from a different place. I love the more simplistic approach, and there are some things I do on there percussively that just come out of me. And somehow a lot of people have picked up on it. I’m just grateful that instrument is around for me to connect with.

For the rest of the interview, please jump over to OnStage Magazine "Just a Little Talk with Grammy Nominee Paul Brown"