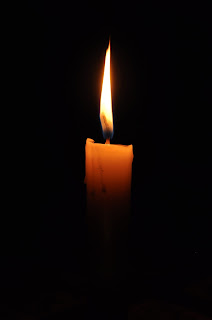 If you were alive when John Kennedy was assassinated, you will never forget where you where when you heard the news. The same is true for 9/11. Indelible moments, time and date stamped into your memory.

Thirty-five years ago tonight, I was home and somewhere in the background of a four-way conversation in my living room, we heard the news on Monday Night Football. John Lennon had been shot.

No one had to tell me he was gone. My heart knew it, my soul felt emptier. Something that had been part of my being was lost.

John Lennon was not a hero to me. By most accounts he wasn't even the beautiful human he's transformed into since his death. To me, he was a Beatle and the Beatles were as much a part of my life education as any class or direction of my parents. As Bruce Springsteen said it years later, "I learned more from a 3 minute record baby, than I ever learned in school." John Lennon was one of four who gave my spirit the wings to fly.

Those wings were broken 35 years ago. They have healed with the passage of time, but the scar from that day is still there.

Over the years, the words "For John" were said as a candle was lit. Just a small symbol to bring light to the darkness. There's way too much darkness in the world today, so maybe just for one day we can light a candle and Imagine.