It's been a busy week for all of us I would think. Getting ready for the Thanksgiving holiday, cooking, cleaning, writing. It's too much before stuff and too little during stuff. It's over before you know it, and then it's cleaning and cooking and getting ready for the rest of the holidays. 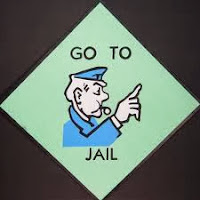 So before we all head into the turkey coma zone, one last party over at Jen's. The theme for this week's Tuesday Twisted MixTape is songs that can send you to jail. How damn tasty is that?

Time to start the party. How about lighting up?

Brewer and Shipley had a hit song about, well inhaling deeply. Funny story about this song, in fact I wrote a blog about it a while back. You can read it here "Toking with Lawerence Welk." So, inhale deeply and enjoy this and the rest of the tunes.

"One Toke Over The Line"


Let's segue from slowing things down to speeding things up with Foreigner. Who hasn't done it? At a red light, you look over at the car next to you, eyeball the other driver and go.

"Rev On The Red Line"


Bob Marley may have been guilty of being one toke over the line, and he may have shot the sheriff, but he swore he did not kill the deputy. How that defense stands up in a court of law is anybody's guess.

"I Shot The Sheriff"

Now you could easily pick a dozen Springsteen songs to fit this week's theme... we're talking Jersey here, but the one I chose is ominous and beautiful at the same time. I used the studio track because I couldn't find a live one where the lyrics are as clear.

"Meeting Across The River"

And to end it off, let's go to the most silly of reasons to be thrown in jail... littering. Yes friends, I'm on a roll with Arlo this week. Had the pleasure of seeing him live last week, you can read the review here "Arlo Guthrie: A Night of Songs and Stories." He was fabulous and what he did in his show was important. AND, it's Thanksgiving week and well, you know... Alice.

Noon on Thursday, tradition says you need to listen to Alice's Restaurant, but there's no rule that says you can't listen to it a little early. Wishing everyone a Happy Thanksgiving.

Cheating And It Sounds So Good

Sleep. I haven't slept well decently in three days, and it's one of those nights where I will probably nod off in the middle of writing this post. Started doing what I should have writing earlier, and got to the point where to continue would take more brain power than I currently have on reserve. 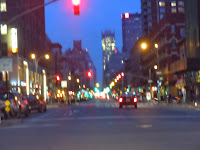 So here I am ready to do another Tuesday Twisted MixTape for Miss Jen over at My Skewed View. I liked this week's theme: Cheating Songs. Yeah, time to get down and dirty. So let's not waste any more brain power, here are my picks for the week.


When all else fails, throw on a little Marvin Gaye.

"Heard It Through The Grapevine"


Second choice is quite probably a song based on reality. Way back before she was Mrs. Bruce Springsteen, Patti Scialfa was just a singer in his rock & roll band. He was married (what was he thinking when he married a definitely-not Jersey girl) and she was there when his wife was not. So you do the math on where the inspiration for this song came from.


Flat out call it what it is. Lying and cheating. The Eagles laid it all out there. Because I couldn't find a live video from back before Glen Frey looked like a banker, and I can't watch videos with him looking like a banker, so here's the studio track.


Dark and dirty. yeah. If the theme works, it's fair game to bring in some friends. From Survivor, calling it what it is.

I think this is probably my favorite cheating song, though mostly because I love the guitar, the tempo, the vocal, the lyrics. "I know her love is true, but it's so damn easy making love to you." hell yeah, that's cheating. But it's so good. Bryan Adams...

Now don't go doing anything.... oh hell, do whatever you want. 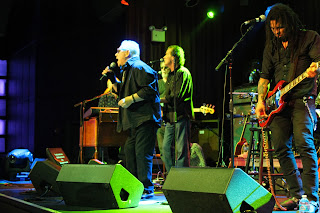 Well this was a most interesting day. I was privileged to interview one of Rolling Stone's 100 Top Guitarists, and Jen gave a yell for us to join in tonight's Tuesday Twisted MixTape Party. This week's theme is interesting: Epic Songs.

Songs that tell a story, have a beginning middle and end, are epic tales.

Another song that pops into my head is one that is truly a great one, so I'll start out with it. For lyrics, it doesn't get much more visual, and great melody and sing-along chorus. Just good songwriting. And, it tells the story of...


This is a wonderful live clip, though it ends a little short. But a great vocal and some real pretty guitar work. AND, it has a story... sad though it is. Mr. Robert Cray.


One of Eric Burdon's musical influences was Bo Diddley. They never did meet face to face while Bo was alive, but Burdon attended his funeral. This is that story.


Bruce Springsteen has told many stories. One of his best needs no introduction, The title song from his fifth studio album, a song of the promise of a future and the loss of a dream.


Final Selection for this week is another song loaded with imagery. And a great vocal. Melissa Etheridge.

"You Used To Love To Dance"


Go figure. The happiest song of the bunch is the one about a funeral. Welcome to my world.

Above and Below: Or Stuck in the Middle

Sometimes you just don't know where something will lead.

Yesterday morning quite by accident, I came across a song I hadn't heard before. I thought it was interesting and might be a good suggestion for one of Lance's 100 Word Song entries. So I bookmarked it and went about my day. Later that afternoon I received a message from Lance asking if I wanted to choose this week's song. Ha. I didn't even have to think about it. 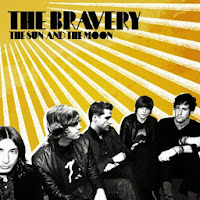 The Bravery is a New York based band who may or may not be still together. Alternative-dance-punk, they released three studio albums. From the second album The Sun and the Moon, this week's song is titled:
"Above And Below."

Take 100 words and use the song as inspiration. That's how we do it.

"Sometimes it feels like that Steely Dan song “stuck in the middle with you.” Above my head and below my feet, one floor apart and here I am. Stuck.

And Them below. That music. The walls shake. I bang on the floor. They turn it up.
I hate them.

No more.
Tonight.
It all ends.

Email ThisBlogThis!Share to TwitterShare to FacebookShare to Pinterest
Labels: 100 word song, above and below, the bravery, the sun and the moon
Newer Posts Older Posts Home
Subscribe to: Posts (Atom)