Sure... Maybe Not: Uncertainty 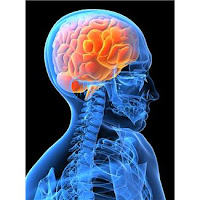 Lots of things going on. Nowhere is that more true than in the writing part of my life. It looks like a project which has been in the planning stage for quite a while, is about to launch, and launch big. While I am more than wildly excited, it's also a whole lot of terrifying.

With that in mind, I'm jumping back into Lance's 100 Word Song Challenge this week. This week Melissa from @accordingtomags picked the song, and as usual we write exactly 100 words using the chosen song as a prompt. This week's song is "Uncertainty" by The Fray.

My entry this week is not a story, and much to everyone's joy... it's not even dark. It's just pretty much the conversation that has been running through my brain, which in itself is a very scary place. Enter at your own risk.

“But it involves things I’ve never done before.”
“So.”

“It’s more responsibility than I could have imagined.”
“So.”

“I already have so many balls in the air, something’s got to give.”
“So you drop one or two, you’re already spread thin; it’s probably best.”

“But I like them all for different reasons.”
“You’ll know when the time comes.”